Each chapter is extensively illustrated, and contains prose discussions of diagnostic features, differential diagnoses, brief clinical descriptions, and ancillary tests that help confirm the diagnosis i.

Surgical Pathology of the Gastrointestinal System: Bacterial, Fungal, Viral, and Parasitic Infections provides pertinent clinical, diagnostic, and epidemiologic information that will be valuable to the practicing surgical pathologist. This volume will also help surgical pathologists gain familiarity with other contributory laboratory tests that are available to help confirm diagnosis. Log in to Your Account. Advanced Search Browse by author or subject Tag Cloud. Tags from this library: No tags from this library for this title.

In recent years, cytomegalovirus CMV has been recognized as an important common pathogen in immunocompromized patients. This is due to the increasing number of immunosuppressive medications, intensive cancer chemotherapy use, recurrent transplantations, progressively aging population, and the higher number of human immunodeficiency virus infections.

Cytomegalovirus infection especially interests the gastrointestinal tract, anywhere, from the mouth to the anus. Namely, the most commonly affected area is the colon, followed by duodenum, stomach, esophagus and small intestine. The most frequent manifestations of CMV colitis are: diarrhea, fever, gastrointestinal bleeding and abdominal pain. We report here the case of an year-old woman, who was treated for non-Hodgkin lymphoma; she was admitted to the emergency department for abdominal pain and diffuse arthralgia, following massive upper- and lower- gastrointestinal bleeding, due to duodenal and colonic ulcers related to CMV infection.

Cytomegalovirus CMV infections are commonly reported in severely immunocompromized patients, including those with acquired immunodeficiency syndrome and patients who have received immunosuppressive therapy after transplantation or chemotherapy for malignant disease. Primary CMV infection in immunocompetent people is usually asymptomatic.

The alimentary tract is the target organ of CMV infection, which may affect the gastrointestinal tract anywhere from the mouth to the anus. The most commonly affected site is the colon, followed by the duodenum, stomach, esophagus and small intestine. An year-old Turkish woman was admitted to the emergency department for widespread abdominal pain, diffuse arthralgia, dyspnea and weakness in the upper and lower limbs. She was treated with immunosuppressive drugs for non-Hodgkin lymphoma diffuse B-cell lymphoma six months beforehand. According to the protocol for non-Hodgkin lymphoma, she was given a course of systemic chemotherapy consisting of rituximab, cyclophosphamide, doxorubicin and vincristine.

After the end of the chemotherapy, she underwent a remission period. Additionally, she was chronically treated for Parkinson disease, diabetes mellitus, hypertension and hypercholesterolemia. Her current medications were gliclazide, metformin, simvastatin, levodopa and losartan. Her pain was resistant to painkillers, including non-steroid anti-inflammatory drugs and morphine derivatives. Initial physical examination revealed mild abdominal discomfort, anorexia, nausea and absence of fever.

Bilateral crepitant rales were found at lung auscultation. An examination of the abdomen revealed mild direct tenderness of the epigastrium and the right periumbilical area, but no masses or organomegaly. Digital rectal exam was negative for melena and masses. Routine laboratory investigations revealed: hemoglobin 9.

The serum electrolytes and blood chemistry were not remarkable. Stool specimens were positive for occult blood, but negative for parasites. Abdominal computerized tomography showed significant thickening of the wall of the first part of the duodenum, with infiltration of the locoregional fat. Since vital signs were stable, we decided not to perform any urgent endoscopic examinations. At Day 9 of hospitalization, the patient was transferred to the intensive care unit due to a high risk for major gastrointestinal bleeding.

Esophagogastroduodenoscopy was performed and revealed a deep 3 cm-diameter ulcer with blood clots, without fresh blood in the first portion of the duodenum. We noticed fresh blood inside the nasogastric tube and active rectal bleeding.

The patient continued to pass blood from the stomach and rectum. Up to 4 hours before surgical exploration, a total of 8 pints of packed red blood cells were transfused. On exploration, intraluminal blood was visualized throughout the entire gastrointestinal tract. The upper gastrointestinal endoscopy was then simultaneously repeated. Since the endoscopy showed fresh bleeding from the ulcer, localized in the first part of the duodenum, a distal gastrectomy was performed. The source-origin of the lower intestinal bleeding could not be precisely evaluated by simultaneous colonoscopy, and the patient underwent total colectomy with end ileostomy.

The lower and upper gastrointestinal bleeding definitively stopped after surgery. Histological examination of the resected specimen showed focal areas of mucosal ulceration, with an underlying chronic inflammatory infiltrate Figure 1. The submucosa was edematous and congested. The muscularis and adventitia showed no significant changes. No evidence of malignancy was observed. Cytomegalovirus enteritis. Multiple cytomegalovirus ulcers, some of which have hemorrhagic bases, are present. Immunostaining for CMV was positive for the cytomegalic cells both in the duodenum and in the colon Figure 2. During the post-operative period, the patient was stable and exhibited a hemoglobin level of Because of the severe respiratory distress related to CMV pneumonia, the patient continued to stay in the intensive care unit. The tough ache complaints such as arthralgia or epigastric pain that were resistant to traditional painkillers non-steroid anti-inflammatory drugs and morphine derivatives , dissolved particularly after ganciclovir treatment.

On Day 16, the patient died from cardiorespiratory complications. A post-mortem examination was not performed. Recently, CMV has been recognized as an important common pathogen in immunocompromized patients. The pathogenesis of CMV enteritis is related to the infection of vascular endothelial cells. This virus can infect any part of the gastrointestinal tract, from the mouth to the anus, with the colon being the most commonly affected organ, and the stomach and small bowel being relatively affected.

Additionally, the sigmoid colon and the rectum are the most affected portions of colon. The clinical presentation of CMV disease in the gastrointestinal tract is multiple, with symptoms such as odynophagia, hematemesis, dyspepsia-like symptoms, diarrhea, rectal bleeding and even intestinal perforation. It is difficult to recognize the CMV infection of the gastrointestinal tract, however, it can be suspected in febrile immunocompromized patients with gastrointestinal signs and symptoms.

The endoscopic features are relatively variable and may include macroscopically normal mucosa, diffuse erythema, nodules, pseudotumors, erosions and ulcers. Since the virus is located in deep tissue, biopsies should be performed deeply enough to obtain endothelial cells and fibroblasts within the lamina propria. In the present case, the initial complaints of our patient were widespread abdominal pain, diffuse arthralgia and weakness in the upper and lower limbs.

After microscopic evaluation of a specimen, hypertrophy was detected in nerve cells, justifying the intense pain complained by our patient. Meyer et al. The first-choice treatment for CMV infection is the antiviral therapy with ganciclovir. Systemic antiviral treatment has resulted in dramatically improved outcomes, and the treatment time usually ranges from 1 to 4 weeks. 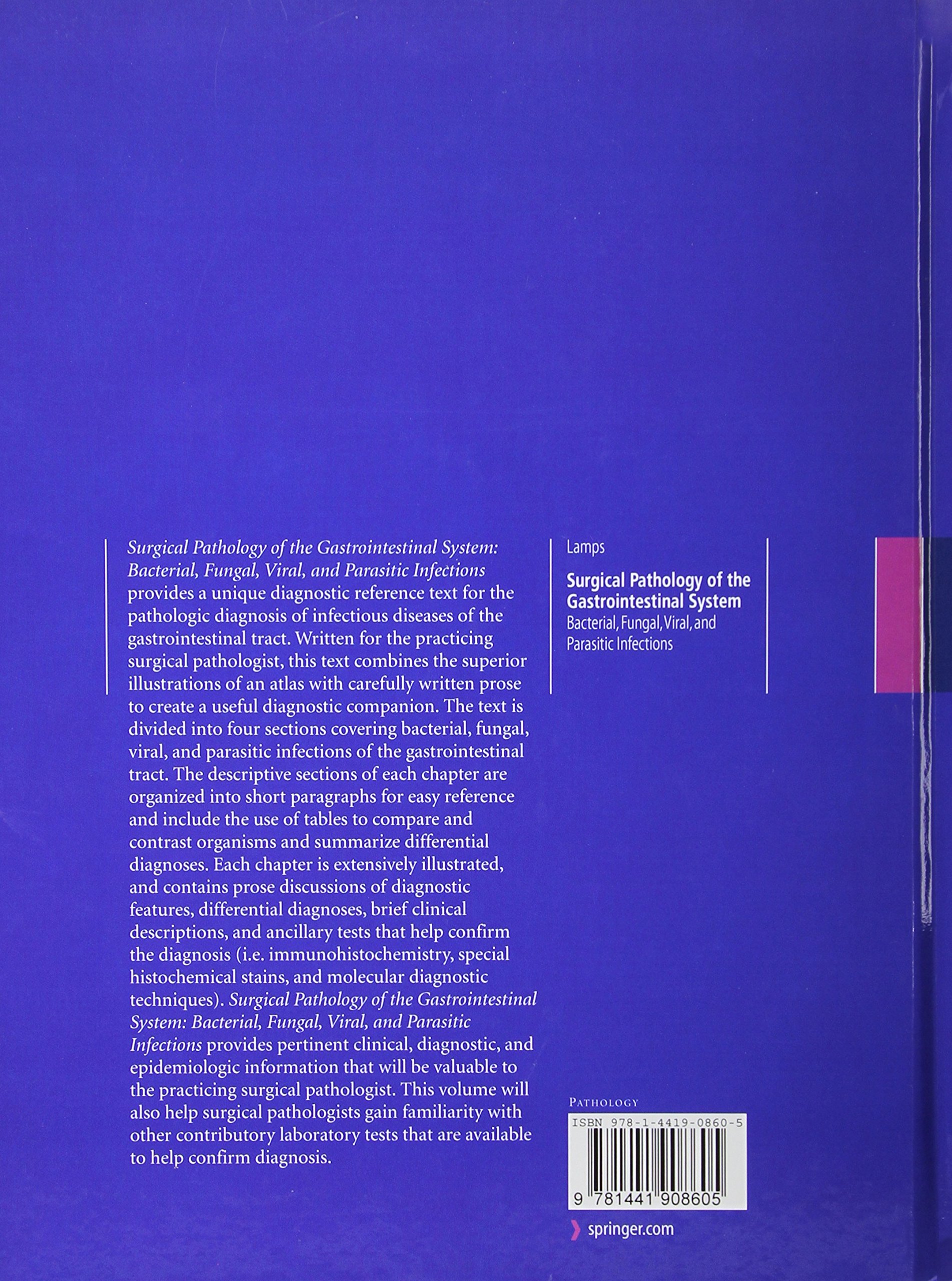